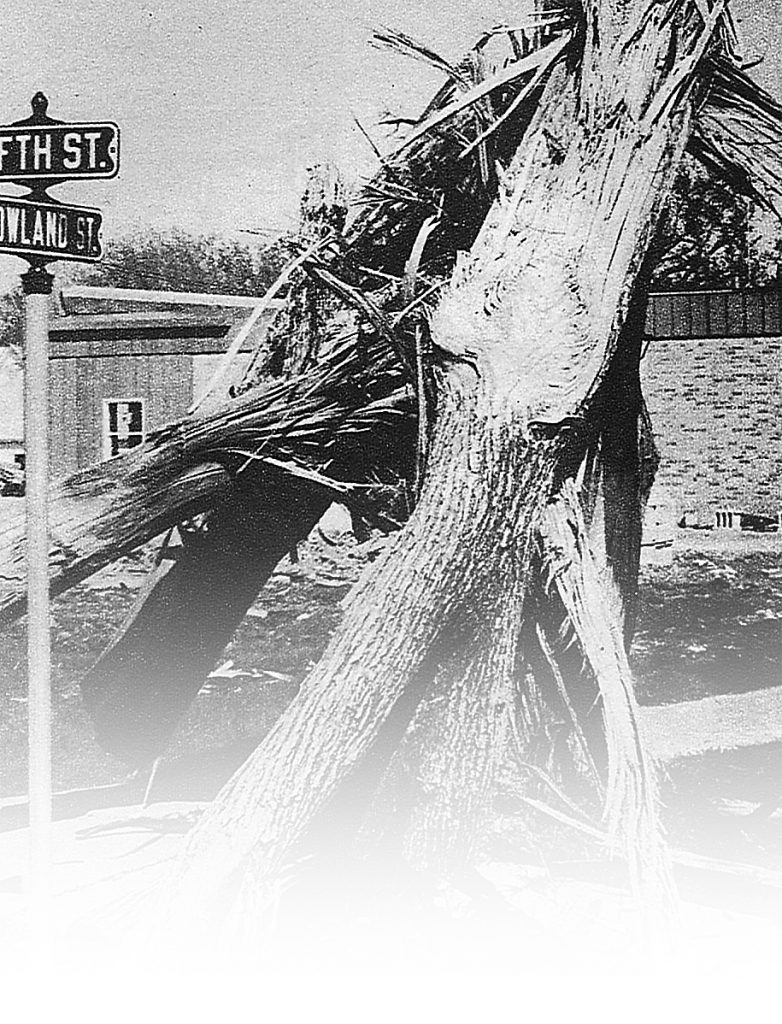 Planning is underway to mark the 50th anniversary of the Tracy Tornado this summer.

The infamous June 13, 1968, tornado killed nine people, and left a path of destruction through the heart of Tracy.

“It’s such an important date in Tracy’s history,” said Scott Thoma, a 1977 Tracy graduate who is helping organize the event.  “I just think it is important to pass on the stories of the tornado to the next generation and remember those who lost their lives that day.”

“Never Forget” has been chosen as the theme for the 50th-year remembrance, which will be observed Saturday, June 9. Events will be held at Central Park, Tracy Lutheran Church, and The Caboose. The Veterans’ Memorial Center will serve as indoor back-up site in case of inclement weather.

The Tracy  Chamber of Commerce is helping sponsor the event, and the City of Tracy has granted permission for use of VMC and Central Park.

• Live music at the Central Park bandshell, with performances by several local groups.  Pizza and refreshments will be served.

• A silent auction will be held to raise scholarships for nine TAHS seniors, in memory of the nine people who lost their lives in the tornado.

• Commemorative T-shirts, emblazoned with the “Never Forget” logo, will be sold through the end of February.

• A  50th anniversary Tracy Tornado quilt will be raffled off.

• A community lunch will be served at Tracy Lutheran Church.

• Historical displays will be set up about the Tracy Tornado.

• A medallion hunt will be held in Central Park.

All net proceeds are earmarked for the senior scholarships that will be given in memory of the tornado victims.

Thoma wants to include a framed summary of each individual’s life, when the memorial scholarships are presented to the seniors.  In order to do that, he’s hoping to find surviving family members who can share biographical information about their loved ones.

Thoma is also looking for donations for the silent auction, or for cash donations to help meet up-front expenses.  He can be emailed at scott@thomabooks.com., or called at 320-894-6007.   His mailing address is  2113 21st. Ave. SW, Willmar, MN. 56201.  Checks should be made out to “Tracy Tornado Scholarships.” The “Never Forget” T-shirts will be sold on-line during February at https://tinyurl.com/yayhz48t.