Ralco has grand plans for the future with its trūShrimp subsidiary, and its local roots will run deep in efforts to help meet the country’s high demand for shrimp. 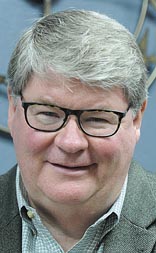 Why here?
Why spend millions of dollars to produce shrimp in southwest Minnesota?
Why not, asks Michael Ziebell, president and CEO of trūShrimp, a spinoff of Ralco Nutrition that wants to play a big part in satisfying the nation’s demand for shrimp.
“What’s really counterintuitive to everybody is: It’s Minnesota — it’s cold here,” said Ziebell. “But the shrimp are indoors, and this is where the feed is.”
Therein lies really the only reason trūShrimp needs to justify its attempt at making shrimp a staple in southwestern Minnesota. Aside from the obvious local connections trūShrimp’s parent company Ralco has, the region has the resources needed to fuel the force trūShrimp intends to become. Not only that, the impact shrimp facilities could have are far-reaching. A recent University of Minnesota study looked at the potential economic impact shrimp production and development could have on the region and the results indicate a widespread boon for southwest Minnesota.

“One thing that came up in the University of Minnesota study — they are projecting that one harbor, one harbor only, could increase the price of soybeans by .15¢ a bushel,” Ziebell said. “Forty-five percent of the shrimp’s diet today is made up of soybean meal and soy concentrates. We are, for the first time ever, feeding corn to shrimp on a commercial basis. It’s been experimented with, but never done to the scale we are. We’re up to 300 pounds per ton of feed that’s got corn in it. The commodities are here. We’re bringing the shrimp to the commodities. We don’t want to stray from where the feed is. It’s common sense. Our indoor technology makes this all possible.”