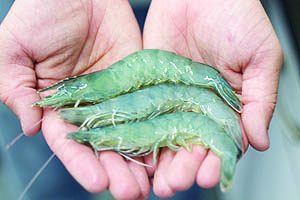 The company will also renovate a vacant USDA-approved processing facility in Marshall to prepare more than 8 million pounds of shrimp estimated to be produced by a single Harbor annually, trū Shrimp said.

The company also said Tuesday that construction of a training facility — “Balaton Bay Reef” — will begin this summer in Balaton, headquarters of parent company Ralco. This facility, adjacent to the trū Shrimp Innovation Center and Laboratory, will be used to train personnel to work in the shrimp production Harbors.

President and CEO of the trū Shrimp Company Michael Ziebell said construction of the facilities in both Marshall and Luverne is a major step toward developing a large-scale shrimp aquaculture industry in the state of Minnesota.

“What is happening in Minnesota has not been done anywhere in the world,” he said. “We are creating an industry that will supply the world with safe, clean, and abundant shrimp. There are 1.6 billion pounds of shrimp consumed annually in the U.S. and 80% of it is imported largely from Southeast Asia. The facilities in Marshall and Luverne will produce the most natural shrimp possible using a sustainable, antibiotic-free, and environmentally responsible approach.

Ziebell said it makes the most sense economically and environmentally to raise shrimp near their food source rather than ship feed to shrimp raised in coastal ponds thousands of miles from the U.S. market. “Until now, the technology to effectively raise shrimp in the Midwest United States on a large scale did not exist; now it does and we have proven it,” he said.

An economic impact study conducted by the University of Minnesota indicated that construction and operation of the facilities in Marshall and Luverne will provide a major economic boost to the region. The study projects the construction of a single Harbor would generate over $48 million in economic contribution. Construction of the bio-secure facility would result in $14.5 million of labor income and support an estimated 330 jobs. Once the nine-acre structure is built it will continue to generate an estimated $23 million annually in economic activity and provide employment directly and indirectly for 124 people.

“This is a tremendous economic boon for Luverne and southwest Minnesota. The construction of this Harbor is like the economic development created in Luverne by Mid-Pack during the 1960s,” Luverne Mayor Pat Baustian said in the news release. “It’s also going to benefit the larger rural community. The shrimp are fed primarily soybeans, corn and hard red wheat, which positively affects the bottom line of every farmer in Minnesota. Anytime we can help our local farmers is a plus for Main Street Luverne. When our farmers do well, the whole region does well.”

Marshall and Balaton will serve as the hub of an advanced shrimp aquaculture industry where shrimp breeding and processing will take place. Sites in Minnesota for additional Harbors have been identified. Marshall Economic Development Authority Director Cal Brink said becoming the center of a new industry will generate additional high-skilled jobs in Marshall.

“As trū Shrimp continues to grow and develop, Marshall will also grow,” he said. “It’s a rare opportunity to become the center of a new source of protein production. Immediate construction of the shrimp hatchery and renovation of an existing processing facility is a significant economic driver for Marshall.”

trū Shrimp said several states were vying for the establishment of trū Shrimp headquarters and Harbors. Minnesota State Sen. Bill Weber, R-Luverne, and Rep. Chris Swedzinski, R-Ghent, were strong proponents for the development of a shrimp aquaculture industry in Minnesota.

“The development of a robust shrimp aquaculture industry in Minnesota is important for all of its citizens. Harbors can be built throughout the state,” Weber said. “The shrimp feed will be made from grains grown in Minnesota, which is good for all farmers in the state.”

trū Shrimp also said shrimp shells include a biomedical compound called chitosan, meaning that trū Shrimp will be able to provide the medical industry with a dependable raw material supply.