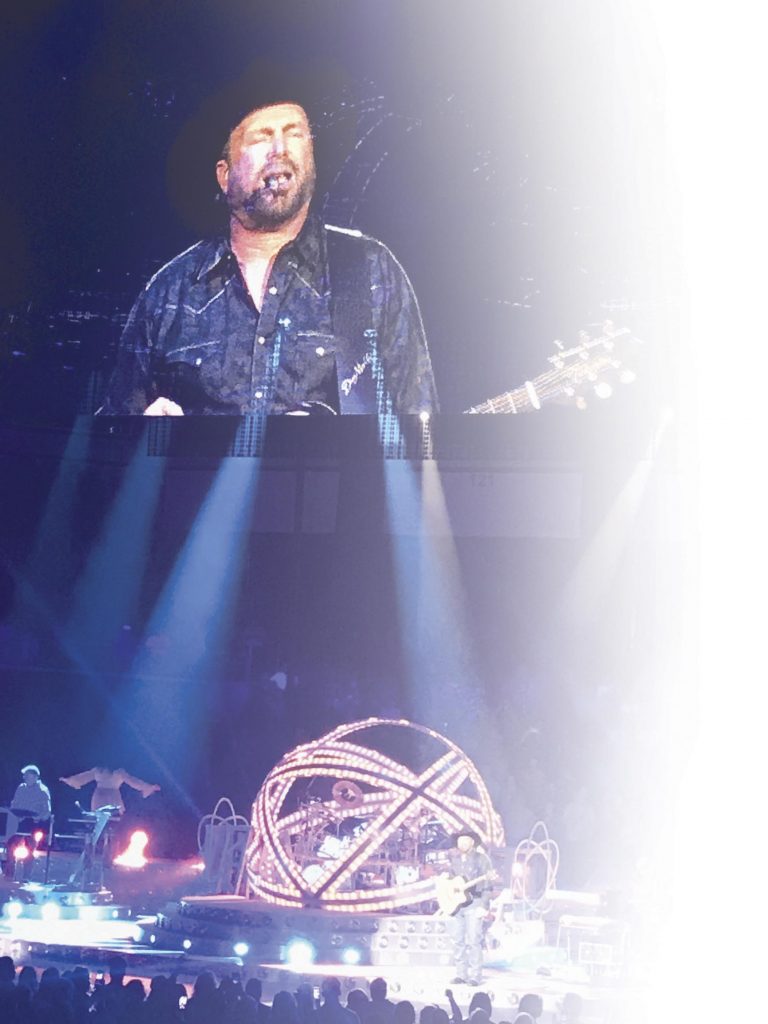 Before Saturday, it had been 20 years since Linda Fultz had seen Garth Brooks in concert.
The country music icon made sure it was worth the wait.

“Miss Linda, all of our thoughts and prayers are with you, and I can tell you this … this song has to be from 1994, so let’s say 24 years ago — tonight, it will mean more than it ever has for me to play this song.”
With that, country legend Garth Brooks started his guitar solo — an unmistakable acoustic introduction to one of the most popular country songs of the last three decades: “Standing Outside the Fire.”
On the other end of the unforgettable serenade was Tracy’s own Linda Fultz, who was diagnosed with Glioblastoma Multiforme (GBM) Stage 4 cancer on Christmas Eve in 2016. She was at Saturday night’s concert in Sioux Falls with her husband, Dennis, daughter Jen Kainz, and her husband, Jason. Jason and Jen held up signs at the concert that read: “INSIDE THE FIRE” and “WITH A BRAIN TUMOR”
“It was unbelievable,” said Linda, who appeared on the jumbo screen before Garth broke into song. “Unbelievable. I had no idea. Jen had made the signs and did such a nice job on them. They held up the signs and all of a sudden, here comes Garth and he starts talking with Jen.”