Milroy residents adjust to a most unusual day 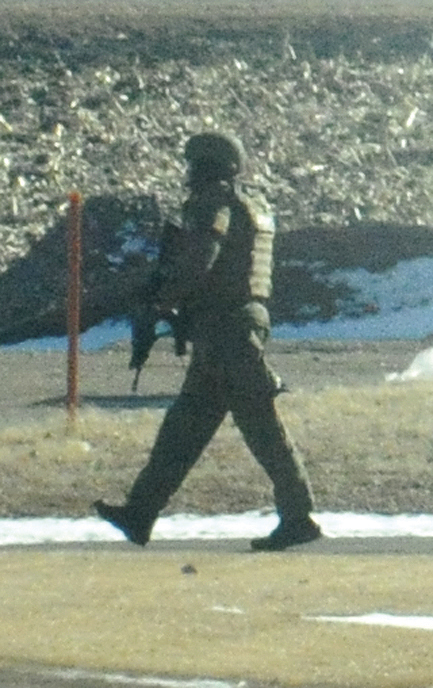 As light traffic slowly crept through the quiet intersections of Milroy on a balmy 50-degree Wednesday, it didn’t take residents long to realize that this was not just another quiet day in their sleepy town.

A plethora of law enforcement officials worked for hours to peacefully put an end to an unfolding crime drama small-town residents are accustomed to seeing only in fictional portrayals on TV. With the school on lockdown after a man fled the police and holed up in a storage shed on the southeast side of town, armed law enforcement officers dotted the surrounding area — from the Milroy baseball field, to a number of street locations on that side of town.

The five-plus hour ordeal, which was centered around the large, blue Spartan Storage building on the southeast side of town, ended just before 5:30 p.m. when the man who hours earlier was involved in a traffic stop relating to an alleged domestic assault incident was apprehended and taken into custody.

“We left (our house) about 12:30, not realizing that we weren’t gonna be able to get back in,” said Rae Ann Flesner, a longtime Milroy resident who lives on Marion Street, right in front of where a pair of State Trooper squad cars were stationed nearly all day. “They rang the doorbell and said there was a situation and we should lock all our doors. We thought, ‘Fine, we’re going to Marshall now anyway; we just went around the trooper’s car and left. When we got back, we couldn’t go home.”