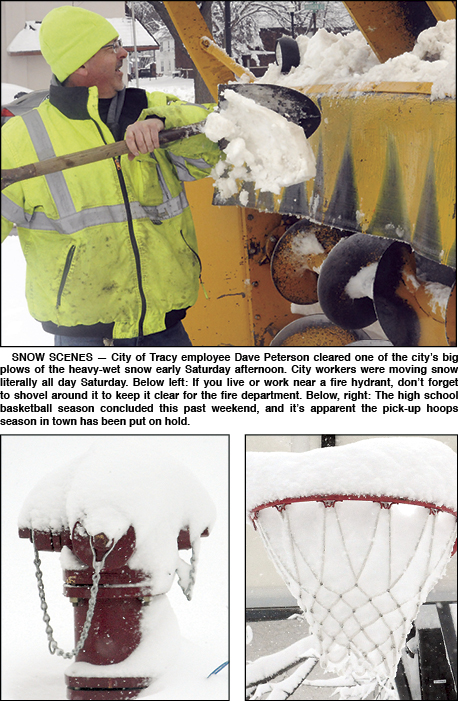 City workers, Tracy residents were kept busy Saturday morning after another 6”-plus of dense snow fell 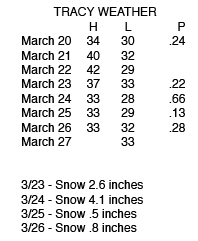 Another snowstorm blasted Tracy and the surrounding area Friday night into Saturday morning, leaving behind 6.7” of new March snow — March snow, of course, being the heavy, wet variety that causes backaches and headaches.

City of Tracy workers were toiling diligently, not only clearing the roads, but clearing their plows of the wet snow. About six-and-a-half hours into clean-up work, Tracy Public Works Director Shane Daniels and city employee Dave Peterson were at the corner of 4th and Morgan streets, shoveling out the auger and chute on one of the city’s main plows.

In all, six city employees were in snow removal mode and on the roads by 7 a.m.

Then it’s onto the side streets, Daniels said. “And we have a crew that stays downtown.”