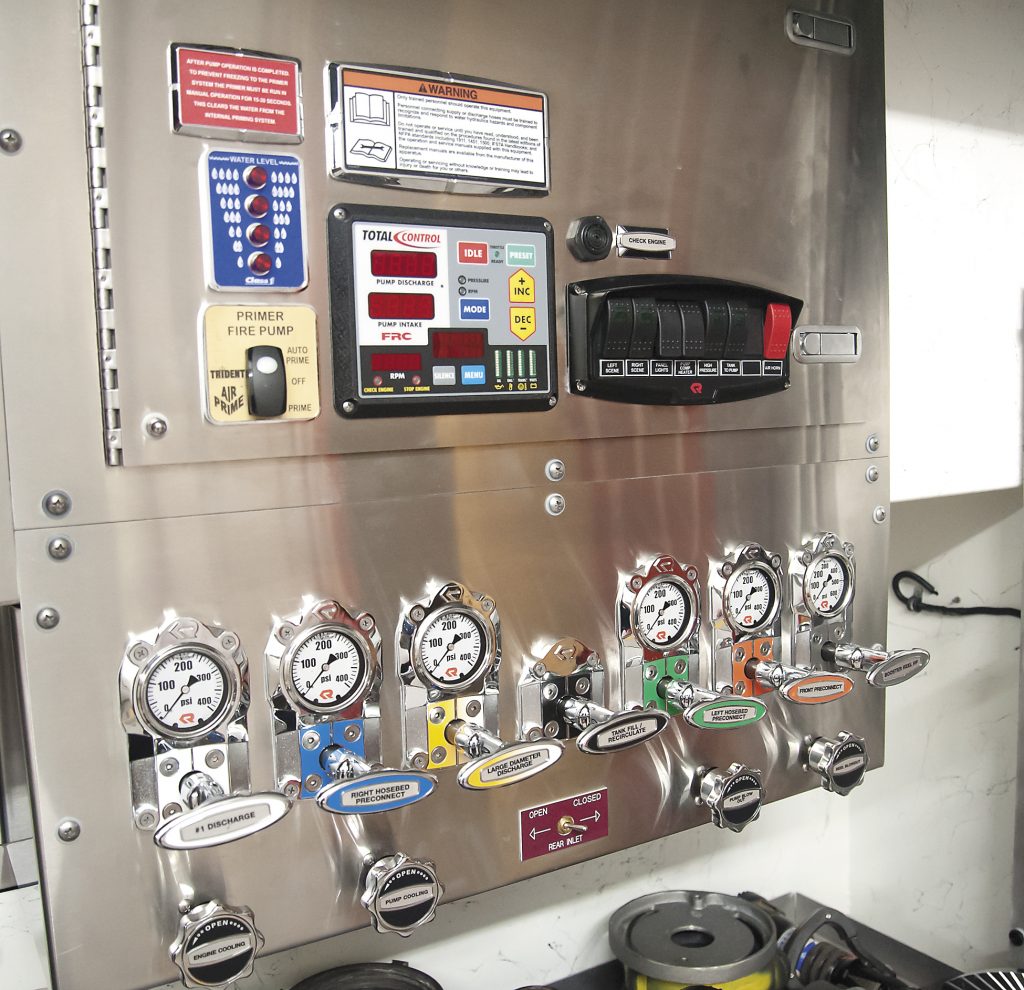 Fighting fires and making rescues along the highway is never easy, but the newest addition to the Tracy Fire Department will go a long way in making Tracy firefighters’ job a little bit easier.

The fire department recently welcomed a new HV International pumper rescue truck to replace the one they lost to electrical damage during the flood of 2018. And while there might be less physical space from front to back on the new truck, there are important upgrades as well.

Johnson said the most important quality the new truck brings — besides the fact that it’s the only one in the fire departments’ arsenal besides regular pick-ups that has four-wheel drive — is its mobility in rural areas. The truck is shorter in length than other fire department vehicles, which Johnson believes will benefit the fire department.

“It’s more maneuverable,” Johnson said. “Last winter when everybody was plowing roads 24/7, getting anywhere with our bigger trucks was very challenging. Our vehicle stabilization was a crew cab pick-up that got damaged in the flood that had a winch on it.”