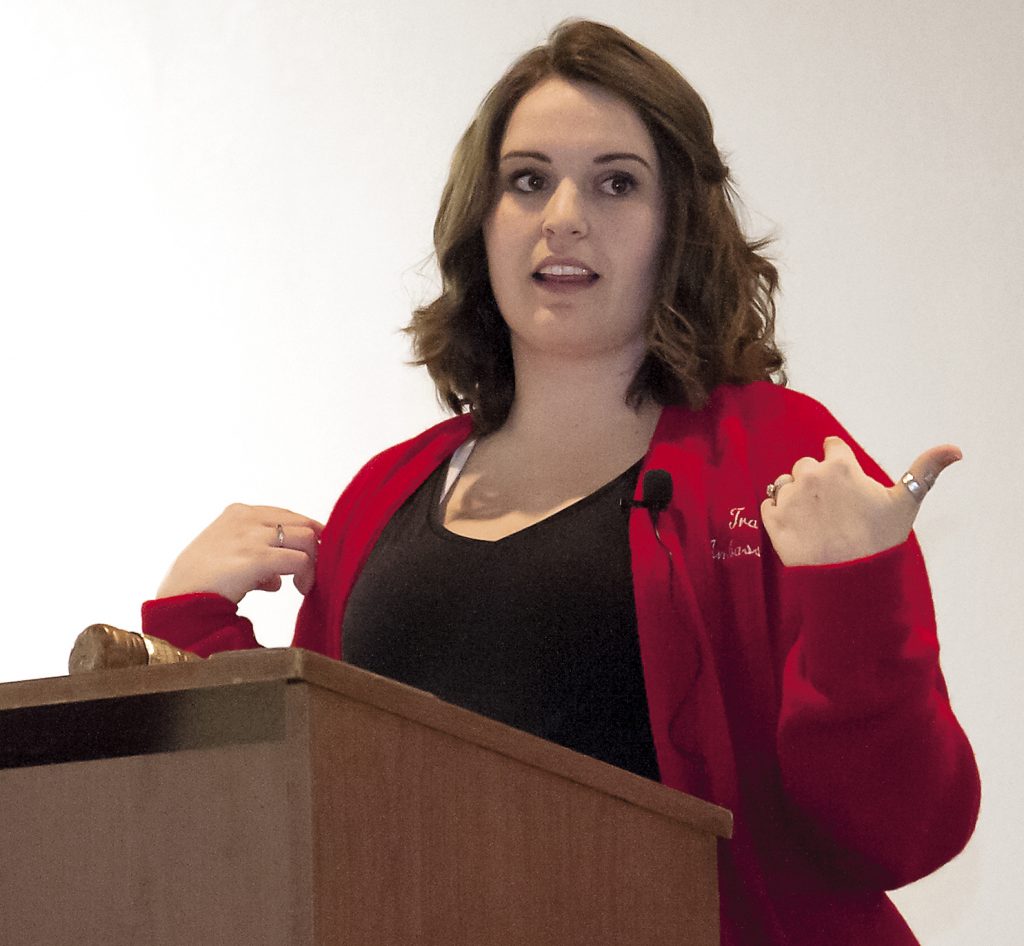 While the Tracy Area Chamber of Commerce looked back on 2019 at Saturday’s Chamber Celebration Banquet, it was hard not to look ahead. In fact, this year’s theme was “Looking to the Future.”

“It fits Tracy so well,” Chamber Director Lexi Erickson said as she opened Saturday night’s event. “We have so much potential, and we as a Chamber are looking forward to all the success that will come, not only in 2020, but in years to come.”

Numerous awards were given out Saturday, but before that, it was all business, as the Chamber wrapped up 2019 financially.

“Under my direction, we spent more money and we made more money,” Radke quipped.

Radke noted that the changes in the beer tent (adding liquor) resulted in some higher revenue numbers.

“We’ve been blessed with having a substantial amount of money to do things with,” he said.

The 2019 Chamber finances were approved by the audience. The Chamber board will remain the same, with the exception of Mandy Hoffman taking over for Radke as president.