After a forgettable 2019, local farmers are reveling in what has turned out to be as close to an ideal growing season as they could’ve imagined 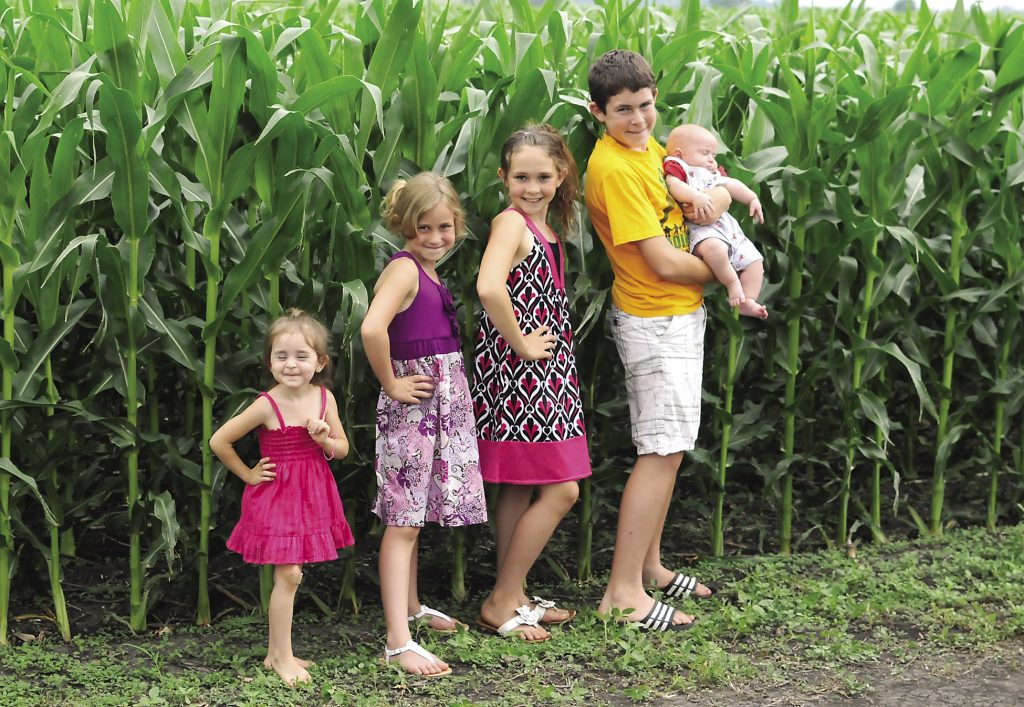 A year to forget.

That’s the sentiment from rural Milroy farmer Brian Hicks when he looks back on 2019.

“Last year, no matter what we did, it seemed like we were wrong,” Hicks said. “Mother Nature just wouldn’t cooperate with us; this year was a pleasure because everything was fit and we could just go from one field to the next.”

Despite a cool stretch at the end of May with temperatures in the 50s and lower 60s, things have gone well weather-wise for area farmers.

“But the heat we’ve had since has definitely pushed things along,” Brian said.

Brian’s oldest son, Jakob, said tasseling on their corn should begin by the 15th of July.

“It started out a little bit cold, so we kind of had a slow start to the growing season, but the past few weeks it’s really sped up, and we are further ahead than last year — we’re about three leaves out from tassel,” said Jakob.

Tasseling typically takes place anywhere between the first of July and the third week of the month, depending on weather conditions.

“We’re about average if we look back over the last 10 years,” Jakob said. “This year, the planting was definitely easier. We’re about the same height on a lot of our corn because that early cold stretch really slowed down that early growth process.”

Brian said his soybeans are looking “phenomenal. The crop looks so good that when you go to bed at night it makes you kind of nervous that … when’s the storm coming,” Brian said. “It’s a good year. We’ve had timely rains.”

Brian added that the soil profile is good as well, given all the humidity, but that can change quickly with high temperatures and a dry, south wind.

“That sucks moisture out like crazy,” he said. “It doesn’t happen as much right now because of the canopy, and you never turn down rain in July.”

Tracy farmer Jay Fultz said timely rains and no hail have made for an ideal growing season to date. He said his corn was shoulder — not knee — high on the 4th.