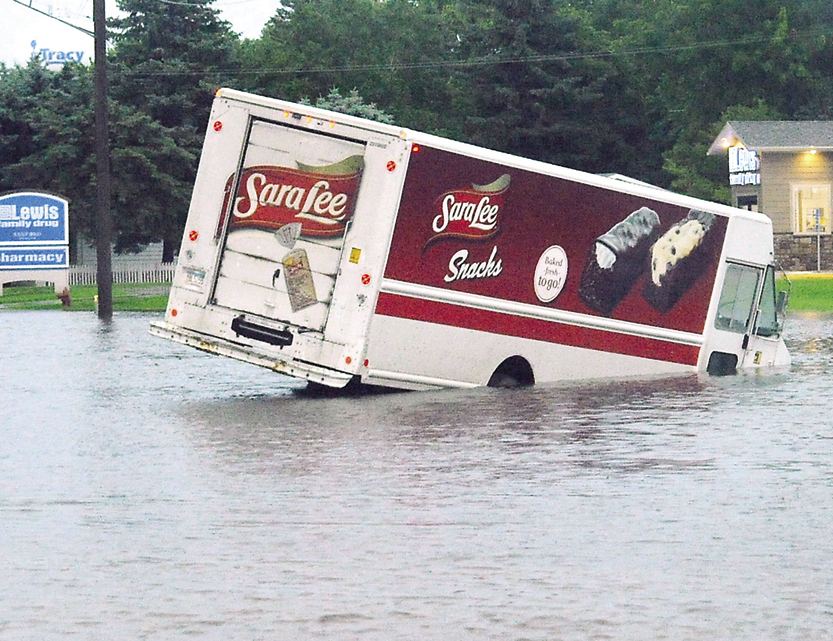 Tracy residents of all ages are most certainly no strangers to natural disasters.

From the killer tornado in 1968, to the more recent flood of July 2018 that drowned most of the city, Tracyites has seen the worst Mother Nature has to offer.

Last week, Tracy Police Chief  Jason Lichty, upon request, presented to the city council the City’s disaster plan that would come into play if another disaster strikes.

“Our disaster plan is basically a 45-page document that covers what to do in the event of a disaster,” Lichty said. “It covers different disaster events and details how the City will approach them, specially, if we had another tornado, or another flood, or catastrophic winds.”

The plan includes duties of city staff, for things like tree clearing and includes cell phone numbers of city officials, contractors and even bus drivers “in case we have to call people for transportation issues during an emergency,” said Lichty. “It’s a huge reference manual for us.”

Lichty said he was also asked to explain some of the duties of the mayor and council during an emergency situation.

“Basically, the mayor’s duties are to activate the emergency operations center, or the EOC,” Lichty said. “Typically in our plan, this is the fire hall if it’s left standing. The reason for the fire hall is because it has an emergency shelter in it, it has all the computer programs for monitoring weather — the tools we need to run the EOC.”

Lichty said the ambulance garage would serve as a triage area.

The mayoral duties would also include receiving initial damage and casualty assessments. It would also be up to the mayor to declare an emergency, instruct and designate a public information officer, and determine whether or not state and/or federal assistance is needed. The city administrator would be responsible for assisting the mayor and act as emergency shelter director; that shelter is designated as the Veterans Memorial Center.

“The Veterans Memorial Center is our go-to area for people that have been displaced,” Lichty said. “We have Red Cross cots stored at the VMC.”

The duties of council members would be to report to the EOC and consult with and advise the mayor; plan an emergency council meeting within 72 hours of a disaster, which would primarily be where a vote would take place on how financial support would be directed.

As emergency manager, Lichty would be responsible for putting the plan into action and ensure that all possible warnings are given. It is also incumbent upon him and the public works director to make sure that sirens are in operational order once a month. He would also be in charge of the EOC and its staff, advise the mayor and coordinate outside agencies coming to town to help during a disaster situation.