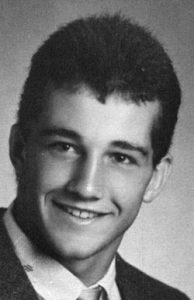 Scott Snobl wasn’t just a wrestler at Tracy Area High School, he was a true student of the sport. And the passion that drove him during his younger years as a competitor in both high school and college has helped him prolong his time on the mat as an official.

“My brother (Greg) was probably more talented than I was, but I think I worked harder; I studied wrestling all the time,”  said Snobl, a 1989 TAHS graduate. “I watched film, and I watched others wrestle, and it carried over when I got into teaching and coaching.”

This past July, his wrestling days long behind him, Snobl reached the height of his officiating career when was chosen as one of 15 officials for the freestyle Greco national tournament in Fargo, ND. The tournament included 6,000 competitors in both freestyle Greco and a girls’ division.

“We had 11,600 matches in seven days,” said Snobl, who coached for more than two decades. “It’s a big tournament; it’s the biggest tournament in the world. It’s crazy, but they’re so well-organized. I was very honored to be one of 15 people to be selected. I also got to chair the heavyweight match during the finals, and that was pretty special. That’s pretty good recognition from the guys that are above me.”

The name Snobl has long been synonymous with the sport of wrestling. Scott’s father, Dan, wrestled in high school and college and coached after. Upon arriving in southwest Minnesota, Dan also started the Southwest Minnesota Wrestling Club. Scott’s brother, Greg, wrestled at Canby High School, and his sister, Cami, wrestled when she was young and is now an official as well. Scott’s love of and loyalty to the sport of wrestling, he said, is a direct result of his father.